Significant opportunity awaits with the next wave of wireless

While wireless connectivity in the manufacturing realm seldom makes the list of top technology priorities,its invisible and ubiquitous nature has enabled countless innovations and productivity improvements.It is the foundational infrastructure for many key technology trends that leading manufacturers have identified to converge digital and physical worlds,such as robotics,the internet of things (IoT),and augmented/virtual reality.1

Having ever-present connectivity also benefits the softer competitive business requirements to better enable the integration of individuals with machines,customers,suppliers,and work groups.Wireless connectivity is an expectation for recruiting and retaining a more mobile,distributed,and millennial workforce.To appreciate its impact,你只需要回顾6月29日2007,when the first iPhone was released,and then fast-forward to today,when smartphones and tablets are essential tools for how people work.The birth of the smartphone and the establishment of 4G Long Term Evolution (LTE) networks are considered the first wave of mobile connectivity technology in the manufacturing space.

The second wave of this technology is on the horizon.Its capabilities and trends will have an impact on manufacturers,as people,processes,and things become even more mobile.This is not at the exclusion of Wi-Fi networks,which are ideal for fixed-location connections with known users and devices.As we move toward a 5G world,Wi-Fi and other unlicensed spectrum will work in concert and coordination with mobile connectivity technology as part of the wireless connectivity portfolio.

Trend No.1: Internet of Things.4G LTE mobile networks and their 3G and 2G predecessors always have supported IoT connectivity.They typically use a connection similar to a mobile phone and support higher bandwidth speeds,but at the expense of cost,power consumption,and bandwidth competition.As IoT systems have matured for industrial applications,mobile technology has evolved to support low-bandwidth and low-power connectivity protocols for sensors and devices.Most mobile network operators (MNOs) now support at least one of the new mobile IoT protocols on their networks.

Based on LTE technology,these protocols can provide the same level of security,mobility,and reliability expected of cellular networks.Called CAT-M1 (for category machine one) or NB-IoT (for narrowband-IoT),they work on existing cellular bands,both inside a manufacturing facility and outdoors on macrocellular networks.These protocols are optimized to reduce power consumption,complexity,and the bandwidth required for a sensor or device,allowing for deployment with long life battery power and lower price.

The new IoT protocols are ideal for asset tracking,mobile platforms,robotics,and remote sensors.Mobile network operators have deployed national networks with these IoT protocols in the past two years with more countries being added every year (Figure 1).2

Trend No.2: On-premise Mobile Services.Historically,mobile connectivity was the domain of the outdoors,or what is called the macro network,comprising outdoor cell towers and rooftops.Today there is an increase for in-building deployments due to a combination of factors,including:

The mobile industry is responding to this challenge with new systems designed to provide in-building and premise-based mobile connectivity.These systems range from (Figure 2):

Trend No.3: Private LTE.Along with the trend toward on-premise-based mobile infrastructure,it is now possible for an organization to operate its own LTE network like an MNO for both phone and device services.Unconnected from any outside network,a private LTE system is,as the name implies,for the exclusive and controlled use of the organization.Often deployed using the same distribution network as a DAS or DRS for commercial MNO service,it provides local support for machine control as well as internal user voice and data communications.

A backend system for user and device control,management,and administration (called an EPC for enhanced packet core) is deployed locally as a mini version of what the MNOs have in the core of their networks.Like the commercial mobile network,a private system has all the benefits of end-to-end security,dedicated spectrum,and use of ubiquitous commercial off-the-shelf end devices.User phones,sensors,and devices can have either a dedicated connection to the private LTE system or dual registrations to both the private and commercial networks.The latter allows for on-premise geo-fencing for communications on the private system without the loss of connectivity outside of the organization (Figure 3).

Trend No.4: Shared Spectrum,CBRS.Resulting from a joint initiative by the U.S.Department of Defense,Federal Communications Commission (FCC),and the mobile industry,Citizens Band Radio Service (CBRS),a new wireless spectrum that organizations can use and prioritize for industrial uses,will be available in early 2019.CBRS is authorized in the FCC Part 96 regulation released in 2016 at the 3.55-GHz to 3.70-GHz frequency.At 150 MHz of spectrum depth,it equals the average of the four major U.S.MNOs licensed bands,or what is available in the unlicensed and often congested 2.4-GHz and 5-GHz bands available for Wi-Fi (Figure 4).

CBRS is known and intended to be an "innovation" band,where organizations and locations can lightly license or prioritize the spectrum over other users.It is not dedicated to any one protocol and can simultaneously support LTE,data services,or proprietary protocols.In combination with trends 2 and 3,it will give organizations the means to own and control all aspects of mobile connectivity for industrial use.

Manufacturing organizations can use the lowest-priority Tier 3 of 80 MHz to 150 MHz,called general authorized access,at no charge.Location of the access 英国williamhillpoints must be registered with the FCC,and use of individual 10-MHz channels is granted from a national control network so as not to conflict with incumbent government users or others with priority.If the organization wants to have dedicated and higher-priority access,it can either acquire or license a priority access license for its own use of up to four 10-MHz channels.(NOTE: 10 MHz can provide up to 100 Mbps in capacity as a rule of thumb.) Manufacturing installations not near either the U.S.coast or one of the known fixed government sites likely will never be preempted by Tier 1 incumbent priority users (Figure 5).

Unlike unlicensed or public spectrum used by Wi-Fi,CBRS allows for manufacturing facilities to own and control dedicated spectrum.This is ideal for manufacturing processes that are either mission-critical and require high reliability and predictability or low latency.

Trend No.5: 5G.It is impossible not to hear about 5G in the press and media,but it is difficult to understand what it means for manufacturing.It is a diverse set of technology initiatives with significant communication industry investment,backing,and innovation.At the same time,it is in the early phases of promotion and awareness that can overshadow what it can do for end users.5G is not one thing,or one technology.Rather,it is a collection of both new and evolutionary 4G network technology focused on three goals:

These goals are highly aligned with the requirements for the transformational technologies forecast for manufacturing.

To achieve these goals,the communication industry has set several performance objectives for the 5G evolution,such as less than 1-millisecond latency;1 Gbps as the standard,all the way up to 20 Gbps as the peak speed;and 90 percent less network energy usage.The industry is working through the development and deployment of scores of technologies and standards to realize these objectives,such as making the mobile network technology components more IT-centric,using commercial off-the-shelf hardware,enabling network functions via software,and deploying closer to the edge of the network.With most of the 5G technology and standards,compatibility and interoperability with 4G networks is a necessity due to the ubiquity of 4G devices.Some 5G features already are being implemented on 4G networks.

As manufacturers look to invest in mobile connectivity infrastructure,they should evaluate and prioritize the specific technologies within the 5G portfolio that are aligned with their existing and future requirements.It is likely that existing 4G infrastructure can be enhanced to provide the capabilities needed from the 5G initiatives.The complete end-to-end ecosystem of 5G-only devices,networks,and features will take years to mature.Manufacturers could unnecessarily risk a competitive advantage,valuable learning,and implementation time by waiting for 5G.

The set of 5G technologies are a good fit for the manufacturing environment.One of the core technologies in 5G is the addition of a higher-frequency spectrum that provides low latency,high bandwidth,and localization from propagation characteristics.These frequencies are ideal for machine operations and precision processes in a dense environment,like a factory floor.The higher spectrum will work with existing licensed and unlicensed spectrum bands,allowing for simultaneous specialized,combined,or general use.5G also will bring edge computing and intelligence to the connectivity system that can provide the integration of the connectivity resources and operation with other manufacturing processes and demands.

Connectivity,whether wired,Wi-Fi,or mobile technology,is a foundation for the fourth wave of industrial technology,a wave that collects,aggregates,analyzes,and ultimately delivers automated,协助,predictive,and prescriptive results to people and processes.As the factory floor infrastructure and workforce become more mobile,a secure and reliable wireless infrastructure is required as afforded by 4G moving to 5G.The dynamics and competitiveness of global manufacturing and supply chains require that devices work in harmony with connectivity outside of the facility,scale exponentially,and can be managed by the organization.Fortunately,the trends in technology and infrastructure for mobile networks are moving toward the edge of the network and becoming easier to afford and integrate into the plant's IT network.The ubiquity,familiarity,and expectation of mobile connectivity is also central to how people will work to integrate with the advances in manufacturing processes,regardless of other sensor or machine connect methods. 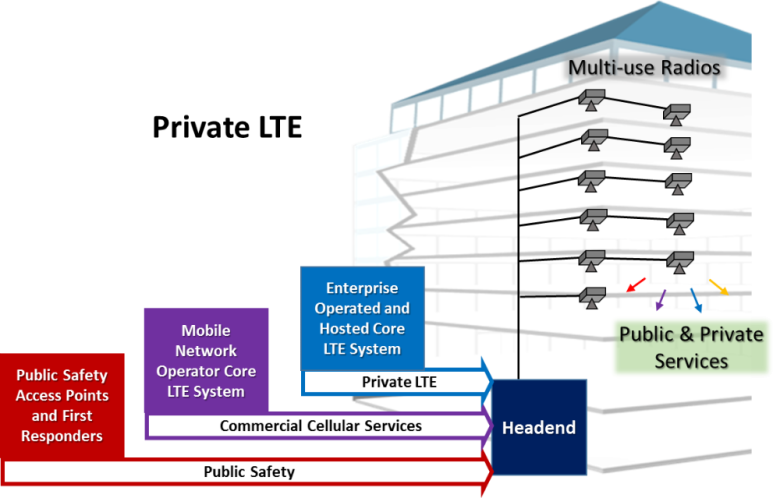