A fabricator's Thanksgiving at Plimoth Plantation 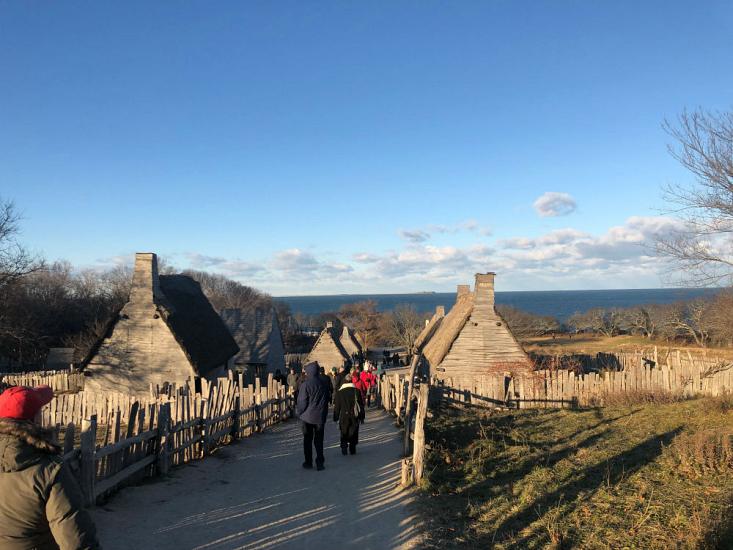 I'm not gonna lie;in my life it's been a struggle to remember when Thanksgiving is every year.Darla is both astonished and amused at this annual display of ignorance.

"Josh,we're only halfway through October…"

Of course,it's the 4th Thursday of November,every year.And yes,I just Googled that information.This time of year is always so hectic;events and holidays just run together.

My family,however,is much smarter and plugged into reality a little deeper than I am,and they appreciate these things.This year my brother Seth invited us to visit him,his wife Jenna,and my precious niece Marlyn in Rhode Island for Thanksgiving,thinking nobody would say yes.But Darla is a romantic and can't get enough of history.The idea that we could have Thanksgiving dinner at Plymouth Rock was just too much to resist!

Once we agreed,my younger brothers Travis and Jordan,Jordan's fiancé Jeremy,and my parents all committed to Plymouth,Massachusetts,trip too.As did my sister Melody,who spent the last decade in either South Korea or Australia,which made me very happy.

Mom,dad,and Melody put the responsibility to get there on her new Jeep Cherokee.The rest of us fit into a velvet red Grand Cherokee that had the heart of a Hellcat!I've been jonesing for an excuse to wheel aTrackhawk,and there's no time better than winter to trek to the East Coast to have fun with the all-wheel-drive Jeep.It fit five of us and our luggage easily.We clipped part of a snowstorm in upstate New York,which was good enough for me.I got up early and had myself a little fun drifting the Jeep in an empty parking lot next to the hotel.Darla was there to film and to make fun of my dorkiness.

We arrived at the "Plimoth Plantation" (spelled thusly due to the early colonizers' alphabet limitations;I'm still gonna spell it Plymouth) early with the objective to explore the grounds where our ancestors landed all those years ago.

From a fabricator's perspective,it was rad.Several building styles were on display.The homesite of the Wampanoag (the 17th century native people represented at the plantation) offered replicas of their dwellings called "nush wetu," which means "house with fire pits inside." These large huts,with giant husks of bark for walls,were supercool,surprisingly stable structures.And,yes,fire pits were burning inside.I suppose when you're fending off nature and the elements year after year you get pretty good at that sort of thing.The construction was creative,with branches and vines holding it together.And what was cooking on the open fire?Locally sourced venison stew with wild garlic,wild rice,and cranberries,along with some venison steaks grilling on hot stones—a 17th century feast! 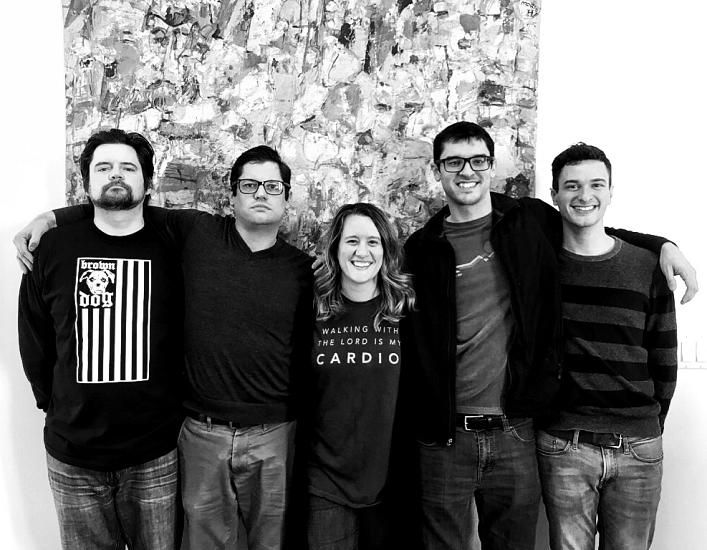 Five of the nine Welton siblings.From left: Josh,Seth,Melody,Travis,and Jordan.It was Melody's first Thanksgiving in the U.S.in more than a decade.

My favorite demonstration,though,was the making of a "mishoon"—the Wampanoag word for boat—using fire as a tool to hollow out a tree.A man dressed in animal furs and leather was tending to a fire set in the partially dug out boat.It wasn't a raging inferno,more like a quiet campfire.As the wood turned to ashes it was chipped away.The fire would stay lit for weeks until the job was complete.Once the walls and bottom were the right thickness,the heat from the fire brought out sap and charred the canoe to add waterproofing.And this thing was as long as my '70 Buick Electra 225,and hefty.It would take a crew of men to carry it to the water,and that's where it would stay for the duration of its life.

As noted on the plantationwebsite,"The staff in the Wampanoag Homesite are not role players.They are all Native People—either Wampanoag or from other Native Nations—and they will be dressed in historically accurate clothing,mostly made of deerskin."

The Pilgrim settlement sat closer to the bay.From the Plimoth Plantation website: "When the colonists arrived in Plymouth,they started to build their town right away.They had brought tools with them,and nails,and iron hardware.The land provided everything else they needed.The men went to the woods and cut down trees.They used axes to chop and trim the trees from round to square.Then they fit these pieces together so that they became a frame.This gave shape and strength to the house."

I'd like to say we enjoyed the rest of the village with guys and girls cooking in traditional manners and exhibiting old-timey ways of building things,but we did not.The timber-framed settlement houses,heritage breed livestock,and re-enactments were cool,but the air was supercold.Historically cold.The next day I read a headline stating that 150 sea turtles washed up in the bay,frozen to death.

Darla quickly sought out a hot toddy for warmth as we awaited our own Thanksgiving feast and return to normal body temperature.The plantation hosted a solid traditional American Thanksgiving meal,complete with all the modern-day fixings,turkey,roast,and pumpkin pie.We were grateful for the meal,the time with family,and the opportunity to contemplate the contributions of our indigenous and immigrant ancestors to today's multicultural America.

It's about a 12- to13-hour drive from Rhode Island to Detroit;my brothers and I made the drive Sunday.Darla rented a car and headed south through NYC and Washington,D.C,ultimately meeting up with more family at Disney World in Florida.That meant I could "utilize" the Trackhawk's 707 HP a little more often.Darla has severe vertigo,so I'm pretty straight-laced behind the wheel when she's along.The Jeep is a different animal than its Dodge siblings.It's a bit more elegant,much quieter,very refined.Mash the pedal,though.

My brother Travis: "I keep thinking about how nice and smooth this thing is and how comfortable to cruise in...then you hit the gas and I'm like ‘oh,right,我几乎忘记了它that.'"

Whereas the Hellcat Challenger and Charger are burnout machines,the Jeep's 4-wheel-drive system just hooks.From a dead stop,or at any speed,really,the tires grab and the acceleration throws your back into the seat.You'll all be shocked to hear that I made it the entire trip without a traffic stop.

We got back into Detroit on Sunday around 8 p.m.It was an awesome holiday weekend!The Trackhawk might be my favorite vehicle I've ever driven.这次旅行追踪1800英里的速度向我们展示了!Considering what the Pilgrims endured to get to Plymouth Rock for Thanksgiving,I'm very thankful for the Jeep.Not sure I could have made it without heated seats. 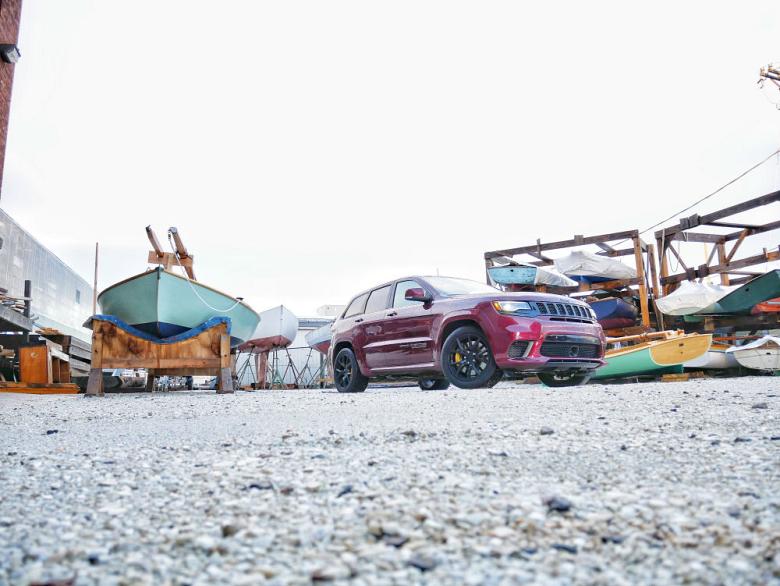 The Fabricator Spotlight update-Part I

Fabricators and their power hammers